OPSIM RT is an extension for OPSIM which enables it to perform real time simulations and forecasts. OPSIM RT operates in an “adaptive” mode, automatically importing real-time data to adjust inventories to know levels (or volumes) and then using simulation to “infill” estimate the status of those modelled item that are not being directly measured. Furthermore, in RT mode OPSIM can also be configured to automatically produce forecasts using either short-term forecasts of rainfall from a meteorologist (e.g. Bureau of Meteorology) or longer-term forecasts on the basis of long-term historical rainfall records. This forecast data may also be automatically exported for direct feed into other information systems for external dissemination. Thus, using OPSIM RT, real-time system status updates and forecasts can be automatically generated without operator intervention, and fed into other information management system consoles and databases.

OPSIM RT can perform Adaptive Real-time Simulations (ARTS), where is where it produces a simulation based on the Bureau of Meteorology information. OPSIM can performs these simulations continuously as new Bureau information is published, providing the most up to date forecast of system behaviour. OPSIM can give early warning of possible release windows, giving enough time to mobilise a response and prime the pumps. Improved release response translates directly to reduced storage demand. At the other end of the scale OPSIM can also provide early warning for possible overtopping in the event of extreme weather. Again in this situation the early warning allows the mobilisation of response teams to mitigate the event. 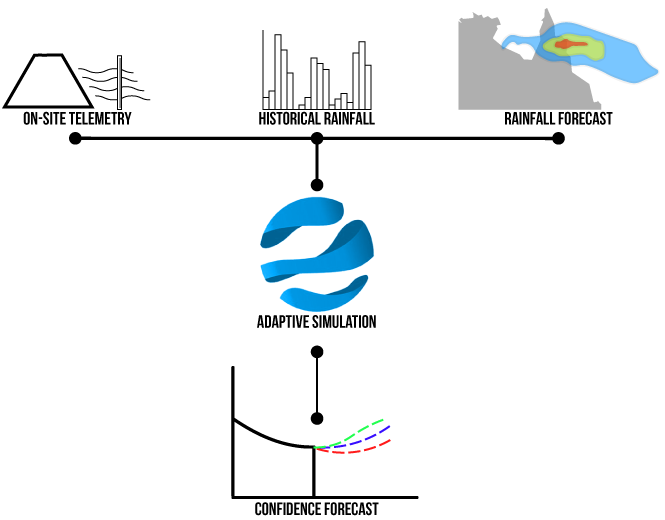 OPSIM RT supports easy and rapid integration with existing operational systems. This means that the OPSIM model can run parallel to real world data and be updated by the operational results in real time. It can be used to provide information to key stakeholders directly at any time with no additional requirements for contractors involved. Another useful feature is virtual metering, where in the event of a meter failure, OPSIM will fill in the missing data from the model, meaning there is a useful backup in the event of component failure. 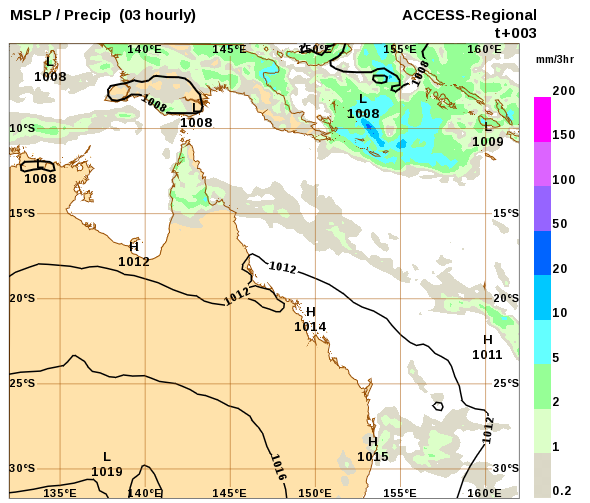 OPSIM can parse multiple types of imported rainfall data, including the NetCDF data provided by the Bureau of Meteorology. It can then convert this temporal and spatial data into meaningful rainfall on the OPSIM model.

OPSIM RT allows OPSIM to be run through a command line interface. The user is first required to create an OPSIM run command file, but then simulations can be automated with inputs, initial conditions and rainfall data being updated for each run. 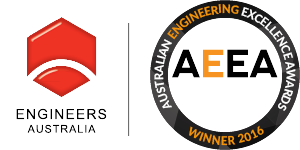 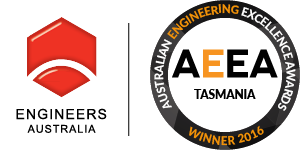